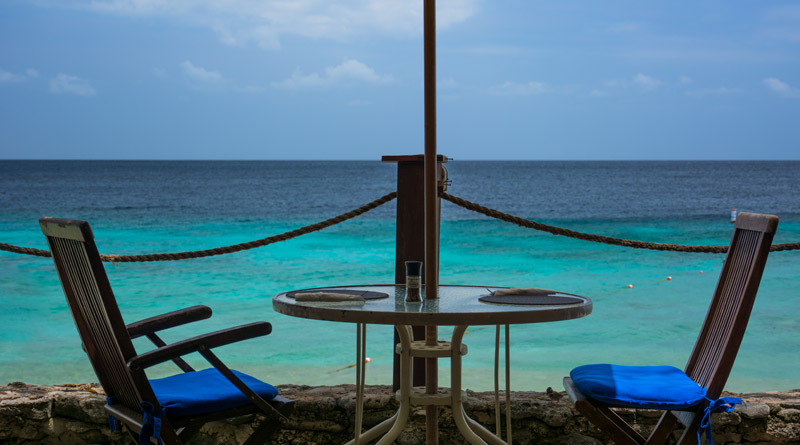 Articles
29th March 2016 BibleStudy 0 Comment looking forward
Print This Page
As children we looked forward to Christmas or birthdays or holidays. But not all experiences fall into that category. A visit to the dentist is probably the most obvious, though even that is much less painful than it used to be.

These may all be childhood memories; young or old however we all like something which we can look forward to with pleasure. It may be the realisation of a personal aim or ambition. As a parent, it might be centred on a family event: a wedding or the birth of a grandchild. Later in life it may be a new home or even retirement. All these events are ones we enjoy.

Over the last twenty years or so something has happened that makes looking forward a lot less pleasurable. Today the prospects for both young and old are very different. For those of employable age there is the constant anxiety over continuity of employment and an equal worry over the proper provision of a pension for old age. For the rising generation, as if these things were not enough in themselves, there is the additional anxiety over what sort of world they will inherit.

The current major cause for anxiety seems to be global warming. Already we are being told that it will lead to a more extreme climate and a rise in sea level. The South of France, it has been said, may become so hot and dry as to be uninhabitable. The rise in sea level will endanger millions who live on the fertile flood plains of some of the world’s great rivers

Added to these things can be the problems posed by man’s inability to live in harmony with his neighbours, in Africa for example; in the Middle East, where continuing tensions aggravate feelings of great bitterness; in remote areas where envy of the western material way of life gives rise to a hatred that fuels barbarous acts of terrorism; anxieties over South Korea; unrest in South America.

Wherever one looks there is trouble. Put all these things together and one can quite understand the attitude of some young people known to me who said that “We don’t think this is a fit world into which to bring children.”

That is very sad. It is also very depressing for it clearly shows that from a human point of view they do not think the world holds out anything positive to which they can look forward with any pleasurable anticipation. Is this really so?

Are things really so gloomy? For some people the answer is a resounding “No!” There is a glorious future in prospect. It has been known about for a long time and has been a real comfort and an exciting prospect for many people.

To sort out the problems facing the world a leader is needed who combines two things. The first of these is a moral authority that all the inhabitants of the world recognise and respect. The second requirement is the possession by such a person of immense power the like of which has never before been seen.

There has only ever been one person in the history of the world who has ever displayed such qualities. That person was, and is, the Lord Jesus Christ. Consider his record. He was spoken of by the Old Testament prophets. Parts of his life were predicted in great detail. Born in the poorest of circumstances he was nevertheless aware of his mission in life from the age of twelve onwards.

From then till the age of about 30 he remained in the family circle waiting for the time to reveal himself to the people. When that moment arrived, almost his first words were “preaching the gospel of the Kingdom of God.” (Mark 1 verse 14). From that time on Jesus began both to tell and to show people what the kingdom of God would be like.

All four gospel writers recount many instances of Jesus showing remarkable powers to cure the mental and physical problems that have beset human beings all down the ages. He could perform acts of healing beyond the capabilities of even the cleverest of doctors today.

More surprising to some of his followers, he was even able to calm the storm that was threatening to swamp the boat in which they were sailing. “Who then is this that even the wind and sea obey him?” (Mark 4:41). Control over the forces of nature was evidence of a power they had never imagined. His moral teaching was of such a quality that if it were put into effect there would be no more violence, greed, fraud or any other crime.

Whilst all Jesus said and did appealed to the ordinary people, his exposing of the dishonesty and hypocrisy of their rulers brought him into direct conflict with them and they plotted his destruction. With the aid of a traitor, they eventually succeeded in crucifying him. Through the infinite wisdom of God that murderous event was made to be an atonement for sin. It serves too as an illustration (there could be no stronger one) of the Creator’s love for a disobedient creation.

The appalling shock, horror and apparent finality of the crucifixion were enough to knock the bottom out of the disciples’ world; so much so that they considered reverting to their previous occupations. So they would have done had it not been for one thing. They were reunited with their risen Lord.

That, and only that, could have wrought the transformation. From a beaten, dispirited group, they became a dedicated group of men who carried the good news of the Kingdom of God far and wide. As well as the gospel records the New Testament is taken up with the spread of the gospel and with assurances that:

“This Jesus, who was taken up from you into heaven, will come in the same way as you saw him go into heaven” (Acts 1:11).

Speaking of that event in words that his disciples did not understand at the time, Jesus described the troubles that will overtake mankind. He then went on to say “And then they will see the Son of man coming in a cloud with power and great glory” (Luke 21:27). With that power he will put down all opposition and by that power all problems like global warming will be dealt with effectively. All the wrongs in the world will be redressed – permanently.

The wonderful and exciting thing about this is that to everyone who wants to be a part of this coming era, who would like to have everlasting life in a perfect world that will be exactly as God the Creator planned it would be, the offer is open.

There is a story in the New Testament of a man whose world was collapsing around him. Through no fault of his own he thought the prisoners in his charge had escaped. Naturally he feared for his life. Turning to the apostle Paul who was in the prison with him, he said “What must I do to be saved?” The apostle’s reply was “Believe in the Lord Jesus and you will be saved.” The record goes on to show that the jailer and his family were all baptised. It is just the same for us. We need to believe in the Lord Jesus Christ and be baptised, just as that jailer at Philippi was.

Just think of it: no more worries over pensions, pollution and the exhaustion of natural resources; no more advancing age and decreasing mental and physical ability. Instead everlasting life lived in a perfect world with perfect health and perfect company. Now that really is something to look forward to.