God Has a Plan

Surprisingly to some, that plan is centred on the nation of Israel but it is not just a peace plan for Israel. We can be part of it, too, if we want to be. Here are some vital aspects of God’s peace plan:

The Old & the New 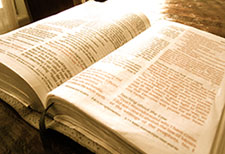 Many people who are unsure about the Bible as a whole have a high regard for the teachings of the Lord Jesus Christ. They might accept what he said, without being sure about some things said elsewhere, especially in the Old Testament. Yet, Jesus made constant reference back to existing Scriptures and, by doing so, showed that he fully endorsed them and believed them absolutely.

The promises earlier prophets had made were the promises Jesus made too. He once said that he had not come to destroy what had already been revealed about the purpose of God: he had come to fulfil it. He was the means by which these earlier promises could be fulfilled, for the Lord Jesus is right at the centre of God’s plan of salvation.

The Psalmist had said that:

Hundreds of years later the prospect of that happening seemed no more likely, for the earth continued to be dominated and controlled by the strong, the proud and the violent. But the Lord Jesus confirmed that it would happen, when he said:

“Blessed are the meek, for they shall inherit the earth” (Matthew 5:5).

And, as part of the same set of teachings, Jesus described Jerusalem as “the city of the great king” (5:35). He promised that God’s Kingdom was coming on earth (6:10); and that only those who did his Father’s will would enter that Kingdom when it is established (Matthew 7:13-14,21). 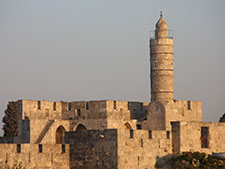 Jesus lived in Israel, right at the centre of the earth’s land masses, in the place that God had especially chosen. This is a strategic location, for it comprises a narrow strip of land bounded on one side by the Mediterranean and on the other by the vast Arabian Desert. It provides the only access from Asia to Africa and is readily accessible to Europeans as well, as many armies have discovered over the centuries. They often tramped through Israel on their way north or south and the area was often a battleground. It’s no wonder that it remains a fiercely contested part of the planet today. God’s choice of this land was deliberate, for He said that it is:

Right at the Middle

God chose a location at the centre of the earth where His people would live. For, through the Jewish people, God purposed to reveal His plan of salvation to all mankind. Its central component was the birth of His Son – the Lord Jesus Christ.

Jesus was not born in Washington or Moscow, but in the little town of Bethlehem near Jerusalem. He did not teach in the Universities of the First Century world, but on the hills of Galilee in Northern Israel, or in the courtyards of the Jewish Temple at Jerusalem. But from those places his message has spread worldwide, to Jew and non-Jew alike.

When Jesus was rejected as the Saviour whom God had sent, and was executed instead, the charge against him – “This is Jesus of Nazareth: the King of the Jews” –was written in Hebrew, Greek and Latin. When, some weeks later, the apostle Peter declared that Jesus had been killed, but that God had raised him from the dead, he spoke in Jerusalem to Jews who had come there to worship from all over Europe and Asia. There were:

“Parthians and Medes and Elamites, those dwelling in Mesopotamia, Judea and Cappadocia, Pontus and Asia, Phrygia and Pamphylia, Egypt and the parts of Libya adjoining Cyrene, visitors from Rome …Cretans and Arabs” (Acts 2:9-11).

It was little wonder that Christianity spread so rapidly throughout Asia and into Europe: Israel was the ideal launchpad for that to happen, just as God had purposed.

What happened in Israel was intended to be seen and thought about elsewhere. The great things that happened there did not occur in an obscure corner of the world. Jerusalem was right in the middle of other nations, so that they too could take notice and be informed that God’s purpose had entered its crucial phase (Acts 26:26; Ezekiel 5:5).

All Eyes on Israel

Nothing has changed over the last two thousand years in that respect, for everyone is still watching what happens in Israel with keen interest. For many people, getting things right in Israel – which includes sorting out the on-going dispute between the Israelis and the Palestinians – is the key to world peace. It certainly is!

Just as the death and resurrection of the Lord Jesus took place at the centre of the earth, so the final phase of God’s purpose will happen there – at the very place where he died and rose again. God’s plan has such symmetry and such evident design.

Jesus and the Jews are scheduled to meet in Jerusalem, when they at last accept him as their Saviour and Messiah. He will then rescue them from all their troubles and make them once again a centrepiece of God’s plan to save the world. God has a Plan and it is now in its final phase. 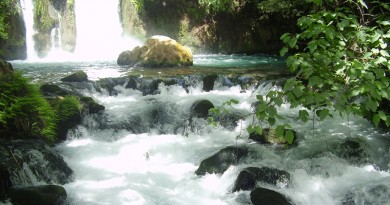 Reflections on the River Jordan 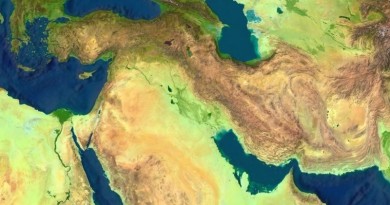 Israel and Lebanon – The Gathering Storm?