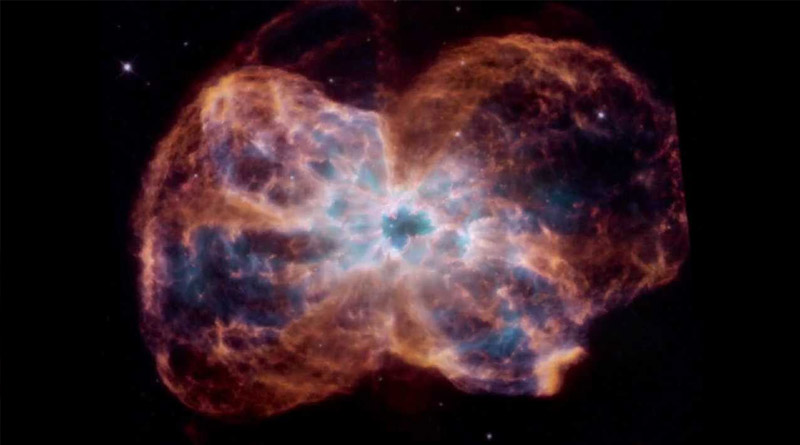 Articles
29th March 2016 BibleStudy 0 Comment creation, universe
Print This Page
Whether a person believes in the Big Bang or the Steady State theories regarding the origin of our universe, it contains laws of physics which are in perfect balance. It is more reasonable to postulate that such order was caused by a superior intelligence than by accidents of blind chance.

It is equally reasonable to assume that, since our planet contains intelligence, a higher intelligence has introduced it. Humanism must of course reject all this, and clings to the absurd alternative, that all the laws of the universe, the microscopic world of atoms, came about due to unintelligent and random forces. Mankind without God cannot say what was before the Big Bang, or how the galaxies were formed. Did matter always exist? Who can say? This is quite a major confession of ignorance amongst a group so confident that there is no controlling intelligence behind it all. They are also forced to view our planet as the most accident prone in the universe, as we shall next consider.

The Origin of Life on Earth

In the “Encyclopaedia of Evolution” by Richard Milner, which has a foreword by the prominent evolutionist Stephen Jay Gould, the following comment appeared in regard to the subject of the origin of life:

“Unfortunately, as Margolis admits, ‘no cell has yet crawled out of a test tube’, and thousands of similar experiments have produced goopy organic tars, but no recognisable life. Decades of persistent failure to ‘create life’ by the ‘spark-in-the-soup’ method (or to find such productions in nature), have caused other researchers to seek other approaches to the great enigma.”

In other places the comment is even more critical, yet repetition of the evolutionary idea as though it were fact not theory, has done a disservice to new generations by capping their curiosity about a profound and open question.

To dismiss these wide-open questions with pseudo answers just to fill in unanswerable gaps, is ineffectually dishonest and no service to Science. When asked about the origin of life, for instance, some say “it probably came about when a spark of lightning hit a primeval soup of organic chemicals”. That research direction has been pursued for years but never proven; its mindless repetition only stifles student’s creativity in coming up with new approaches to science’s greatest mystery.

Since atheists cannot answer basic questions about the laws of the Universe and the origin of life on earth, it is illogical to stubbornly refuse to consider that a Super-Intelligence is a reasonable alternative.

The Nobel Prize-winner Francis Crick in his book “Life Itself – Its Origins and Nature” considers that the chance of the required twenty amino acids being in the correct order to produce one protein is 10 to the power of 260. This is 1 followed by 260 zeros. He goes on to say that this is considerably more than all the fundamental particles in the known universe, which is estimated at only 10 to the power of 80.

He comments further on the unlikelihood of life occurring on earth by accident:

“There is in fact a vanishingly small hope that even a billion monkeys, on a billion typewriters ever typing correctly even one sonnet of Shakespeare during the present existence of the universe.”

Consequently Crick has rejected spontaneous generation in favour of the theory that life was originally brought to our planet by external intelligences.

Similarly, Sir Fred Hoyle and Prof Chandra Wickramasinghe, both unbelievers in biblical creation, express total dissatisfaction with the theory of Spontaneous Generation. In their book “Cosmic Life Force” they suggest a cosmic source for the origin of life on Earth. they say:

“The outstanding question … 2000 or more enzymes are crucial across a wide spectrum of [Earth] life … the chance of obtaining the necessary total of 2000 enzymes by randomly assembling amino acid chains is … p to 1 against, with p minimally an enormous super-astronomical number equal to 10 40,000 (1 followed by 40,000 zeros).

The odds … are only for enzymes … if all other relevant molecules for life are also taken account of in our calculation the situation for conventional biology becomes … intrinsically insuperable. The alternative to assembly of life by random, mindless processes is assembly through the intervention of some type of cosmic intelligence. The ultimate cosmic intelligence built from … more robust structures [than our own] could well be thought to persist for exceedingly long timescales, even for an eternity.

This concept would be rejected out of hand by most scientists although there is no rational argument for such a rejection. Their conclusion seems to point more towards Creationism than Darwinism.

The truth must be that there is a that is basically wrong with Darwinism, and a good deal that is in essence (though not in detail) right with the fundamentalist point of view.

This is courageous writing for scientists of such distinction, and no doubt it is the inevitable conclusion for researchers who have freed themselves from Darwinian prejudice and are open to other possibilities.

For the Bible reader there is, of course, another profound option: that everything began from God, who is declared to be: “from everlasting to everlasting” (Psalm 90:2). No wonder the Bible begins with the simply profound comment: “In the beginning God…”, and then adds: “…created the heavens and the earth” (Genesis 1:1).

Which is the hardest thing to believe? That something inanimate existed from the beginning of time and that accident after major accident occurred eventually to bring us into existence? Or that we are the product of intelligence far beyond us, and that the universe, our world and humankind have come about because of the work of a powerful Creator, who has a gracious and purposeful plan for His Creation?

All the evidence around us, from the things we see, points to that inevitable and wonderful conclusion. There is a God in heaven and He wants a relationship with mankind, if only we will set human pride aside and listen to what He has to say. 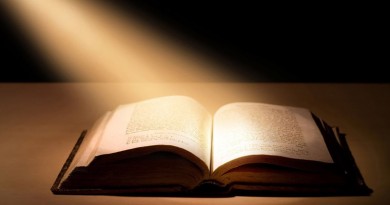 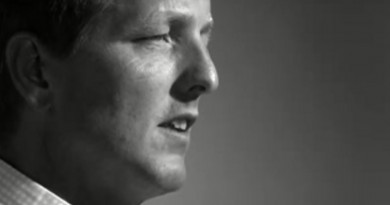 Why I Believe the Bible : Biology 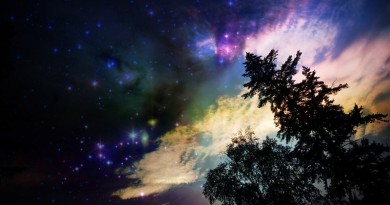