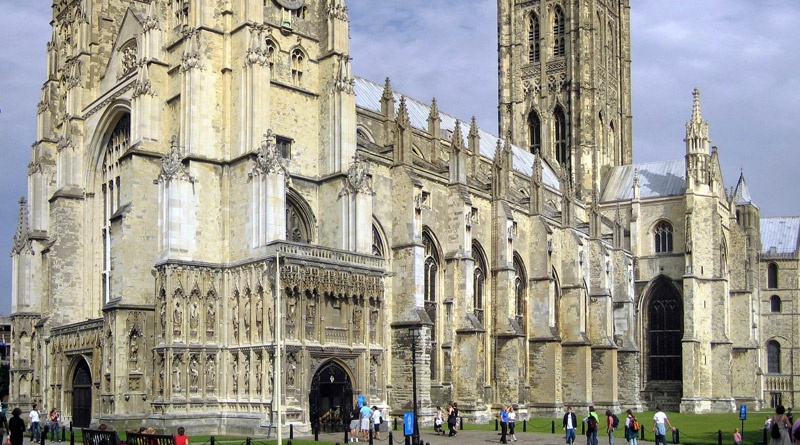 Articles
29th March 2016 BibleStudy 0 Comment anglican, catholic, rome
Print This Page
The Church of England’s ruling body has voted to support female bishops, a move that risks further division in the Anglican Church (among its seventy-seven million worldwide members, of which twenty-six million are from the Church of England), and raises serious questions about its future. This landmark decision came after hours of debate by prominent leaders of the British church, amidst fears of even more contentious and destructive issues surrounding gay clergy and the blessing of same-sex marriages. Some conservative Anglicans are now expected to seek refuge in the Roman Catholic Church, while the rest, no doubt, will remain within the Anglican fold and attempt to overturn the decision at the final vote in about five years time.

The Church of Rome’s growing strength

According to several newspaper sources, the Vatican has assured a group of traditionalist Anglicans that it is seriously studying their request to be welcomed into the Roman Catholic Church en masse. Indeed, two Anglo-Catholic bishops from the Anglican Church went to Rome recently to see what provisions the Vatican might make for them should up to one thousand English clergy defect over the Church of England’s decision to ordain women bishops. For many Anglicans now, the Vatican, profoundly opposed to female clergy, offers the only way forward – their beacon of faith.

Moreover, the strength of the Catholic Church in Britain has, for many years now, been increasing. According to the Daily Telegraph on December 24, 2007, under its controversial (and explosive) headline, “Britain has become a ‘Catholic country”‘, the writer argues: “Roman Catholics have overtaken Anglicans as the country’s dominant religious group. More people attend Mass every Sunday than worship with the Church of England.” This, therefore, means that the established Church has lost its place as Britain’s most popular Christian denomination after more than four centuries of unrivalled influence following the Reformation! Disturbingly, for the Anglican Church at least, this trend is set to continue due to the massive migration into the UK from Catholic countries (particularly from Eastern Europe). Indeed, Catholic parishes are currently swelling by hundreds of thousands after managing years of decline, as both legal and illegal migrants continue to enter Britain. And it certainly did not go unnoticed when former Prime Minister Tony Blair left the Anglican Church to become a Roman Catholic at the end of last year!

For followers of the signs of the times, it is highly significant that the Church of Rome continues to be ever popular, and that many members of the Anglican Church are now turning to the Church of Rome for refuge. Indeed, the Roman Church has always laid claim to being the “Mother Church”. The Creed of Pope Pius IV, Section X declares: “I acknowledge the Holy Catholic Apostolic Roman Church for the Mother and Mistress of all churches, and I promise and swear true obedience to the Bishop of Rome, the successor to St. Peter, Prince of the Apostles and Vicar of Jesus Christ.”‘ Those who have been able to travel to the Vatican may have seen the Latin plaque which (defiantly) reads: “Sacred Lateran Church, universally for the city of the world, supreme mother of Churches.” This is why the Book of Revelation suitably depicts her as “the mother of harlots” (17:5). As ever, the scriptures wrote history in advance.

As a so-called ‘mother’ she has ‘offspring’, or, disobedient (religious) daughters, of which the Anglican Church is but one. The Bible says that these ‘religious’ daughters were conceived through the Mother Church’s adulterous unions with “the kings of the earth” (verse 2; 18:3,9). Significantly, for followers of the Lord Jesus Christ, Revelation infers that “the Mother” and her `daughters’ are irrevocably bound together as one false religious system – standing in opposition to Christ and the saints – at the time of our Lord’s return. Are we, therefore, now beginning to see this shift and the fulfillment of these verses? Unfolding events would certainly suggest so. 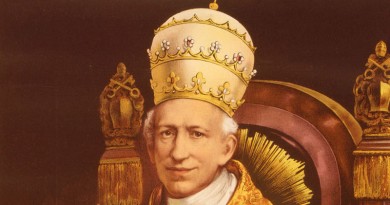 Was Peter the First Pope? 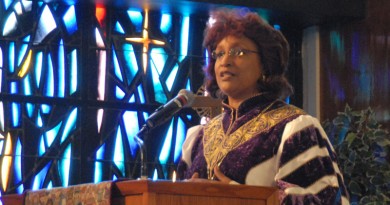 What Does the Bible Say About Women Bishops? 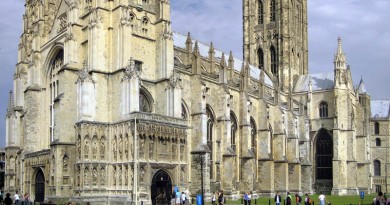 Crisis in the Anglican Church