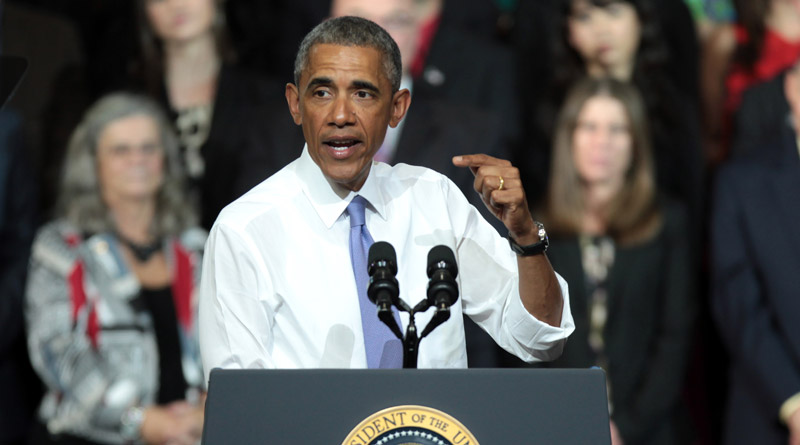 Articles
29th March 2016 BibleStudy 0 Comment obama, politics, president
Print This Page
On Tuesday November 4 Americans voted for a new President – Senator Barack Obama, the first African-American to hold this office. The ecstatic atmosphere that accompanied his election victory, however, has since been tempered by the realisation that the new President will lead a country that faces enormous problems.

First, there is the financial crisis with America in the deepest trough since the Wall Street Crash of 1929 and the Great Depression that followed. This is a global and not simply an American problem, and thus far it has demonstrated the truth yet again of the old adage, “When America sneezes, the rest of the world catches a cold”! The new President’s economic policies will inevitably affect many other countries as well. In this connection, Stratfor has pointed out that “Obama’s plans are in many ways more important to countries around the world than whatever their own governments might be planning” (November 24).

Then there are the two wars in Iraq and Afghanistan. Senator Obama has said that he will pull American troops out of Iraq, but as things stand to do so would allow Iran to dominate the country and the region. Such a prospect would alarm, amongst others, Kurdish and Sunni allies of the US, Saudi Arabia and of course Israel. The new President may therefore find it extremely difficult to remove US troops from Iraq altogether. In addition, his desire for dialogue with Iran has concerned Israel. Some Israeli officials have commented that “a dialogue with no preconditions would give (Iran) the chance to drag out talks with the international community, while making progress toward enhancing its nuclear capabilities” (BICOM news report, November 5).

Afghanistan also appears to be an increasingly intractable problem. During the election campaign, Senator Obama expressed his view clearly: “We have to understand that the situation is precarious and urgent here in Afghanistan. And I believe this has to be our central focus, the central front, on our battle against terrorism. I think one of the biggest mistakes we’ve made strategically after 9/11 was to fail to finish the job here, focus our attention here. We got distracted by Iraq”. Troop levels, he said, must increase in Afghanistan, but “military alone is not going to be enough” (CBS “Face the Nation”, July 20). America’s allies are likely to be asked to assist with further troops. Indeed, there have been reports that Britain may be prepared to send an additional two thousand soldiers next year as it reduces its commitments in Iraq. Europe’s reaction, on the other hand, may be less enthusiastic. As Stratforcommented: “European public opinion is not about to support a major deployment in Afghanistan … In fact, as the global financial crisis begins to have a more dire impact in Europe than in the United States, many European countries are actively reducing their deployments in Afghanistan to save money … The United States and its allies collectively lack the force to stabilize Afghanistan and defeat the Taliban” (November 5). The “inevitable outcome”, according to Stratfor, is negotiation with the Taliban to seek a political agreement.

As if these problems were not enough, the new President will also have to deal with a resurgent and increasingly confident Russia, a nation which has successfully used its military might against Georgia and now, it seems, has its eye on Ukraine. Again, any appeal by America for European support is likely to get a mixed response. Germany, for example, is too heavily dependent on Russian energy to want to antagonise the Russians.

Barack Obama will become President of the United States at an extraordinarily difficult time. The few issues identified above make this clear —and there are many others. Despite his success in being elected President, as the Daily Telegraph notes, “His inexperience was the biggest issue during the campaign and he will be, undoubtedly, the most untested occupant of the White House since John F. Kennedy” (November 6).

The picture in Ezekiel 38 and 39 of a confident Gogian host invading the land of Israel from the north and overrunning it, until destroyed by divine intervention, is accompanied by another picture of nations opposed to Gog who can do no more than protest, “Art thou come to take a spoil?” We do not know the exact time when this will happen, but it may be that the present piling up of insoluble problems for America, as Russia gains strength and confidence, is the beginning of a process which sees the power of the US and her allies wane, allowing the invasion foretold by the prophets to take place. For disciples living in such troubled but exciting times, the exhortation is clear: “Watch ye therefore: for ye know not when the master of the house cometh, at even, or at midnight, or at the cockcrowing, or in the morning: lest coming suddenly he find you sleeping. And what I say unto you I say unto all, Watch” (Mark 13:35-37). 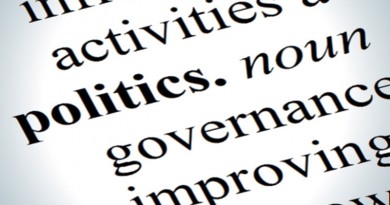 The Christian and Politics