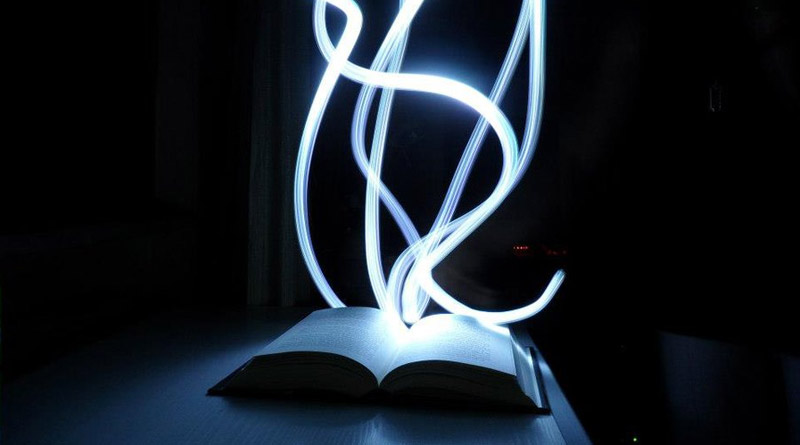 Bible Study
29th March 2016 BibleStudy 0 Comment magic, miracles, sorcerer
Print This Page
I was five years old when we had a Sunday School lesson about the feeding of the 5,000. Afterwards, the teacher asked: “We call it a miracle, but what was it really?” Without hesitation, I replied, “It was black magic!” I didn’t understand why everyone laughed, and I still wonder what answer the teacher expected. I guess she meant that miracles were signs, or evidence of the power of God.

Unfortunately, people do confuse magic with miracles. They still think that apparent magical powers are signs of God’s approval. The Bible gives two tests for a prophet of God: firstly, do his prophecies come true?

“When a prophet speaks in the name of the Lord, if the word does not come to pass or come true, that is a word which the Lord has not spoken; the prophet has spoken it presumptuously” (Deuteronomy 18:22).

Secondly, does he preach faithfully the ways of the God of Israel?

“If a prophet … gives you a sign or a wonder, and the sign or wonder which he tells you comes to pass, and if he says, ‘Let us go after other gods,’ which you have not known, ‘and let us serve them,’ you shall not listen to … that prophet …” (Deuteronomy 13:1-3).

The tests seem straightforward and obvious. But isn’t there a quicker way? Must you wait a long time to see if a prophecy comes true? What if the ‘prophet’ can perform miracles? What if he can heal the sick?

Interviewing a young African man for baptism recently, we asked whether anyone today possesses the spirit gifts to perform miracles. He replied that he had witnessed amazing miracles of healing performed in the name of the Holy Spirit. We asked whether the healers preached the gospel as taught in the scriptures and he replied that actually their teaching was astray from the Bible in several important points. Had they healed things like broken arms or legs? No, they had healed less visible, less clearly defined ailments – back pains, internal problems, for example. Was there any follow-up to see how long the cures lasted? No. Was our young man still convinced that the healers dispensed God’s power, or did they harness the power of suggestion and positive thought – the mind’s own power to heal? Did their healings prove that they spoke God’s truth? Our young friend concluded that the acid-test was not the apparent ability to heal, but whether the accompanying teaching was Bible truth. In his view it was not. Their miracles did not prove their message. We were happy to baptise this young man.

But magic does convince some people. The English word “magic” derives from the Persian word “magus” – a Zoroastrian priest. It is used of the wise men who came from the east to see the new-born king of the world. So magicians were priests of false gods, and magic was inextricably linked with polluted religion. In the Bible, magic was practised by those who opposed God and His prophets, trying to frustrate God’s purposes:

“Then Pharaoh summoned the wise men and the sorcerers: and they also, the magicians of Egypt, did the same by their secret arts.” (Exodus 7:11)

There shall not be found among you any one … who practices divination, a soothsayer, or an auger, or a sorcerer, or a charmer, or a medium, or a wizard, or a necromancer. For whoever does these things is an abomination to the Lord …” (Deuteronomy 18:10-12)

“And a number of those who practised magic arts brought their books together and burned them in the sight of all …” (Acts 19:19)

“But evil men and seducers shall wax worse and worse, deceiving, and being deceived.” (2 Timothy 3:13)

Israel were forbidden to make graven images. Even innocent works of art could easily become revered and imbued with miraculous powers in people’s minds, becoming objects of worship. So God outlawed them. This applied equally to great statues – Israel had no statues of its heroes – and to little representations worn as jewellery. Such charms represented the crescent moon, the sun, or animals such as serpents, and all became associated with magic and false worship. The women of Jerusalem were using them in Isaiah 3:18-23.

Egyptian magicians opposed Moses when he demanded Israel’s freedom, and they were somehow able (probably by clever conjuring) to reproduce some miracles and plagues. Eventually they were themselves troubled by the plague of boils.

Saul consulted a medium at Endor, and Manasseh also used familiar spirits (2 Kings 21:6). Micah 5:12 tells that witchcraft was a recurring problem in Judah in that era, and something God intended to stamp out. Strangely, a number of faithful Bible characters are associated with what might be magic practices: Rachel believed that mandrakes could make her fertile; Jacob thought that striped poles viewed at the moment of conception would influence the offspring; Joseph is said to have used a silver cup for divination.

There was undoubtedly a grey area between science and sorcery – hence astrology and astronomy. However, Rachel and Jacob were simply following scientific thought of their time – it was believed that fertility or the nature of offspring could be manipulated in these ways. They were using what they believed to be natural means rather than seeking supernatural intervention. Joseph is said by his steward to practise divination, but the steward may have been told to say this by Joseph to continue the illusion that he was an Egyptian lord while testing his brothers.

Israel’s enemies in Egypt, Canaan, Assyria and Babylon all had magicians, and they influenced Israel. In Isaiah 47:9-13, the Babylonians were condemned for relying upon enchantment, sorcery, astrology and monthly prognosticators. And in Jeremiah 27:9, Judah were consulting the same magic sources about the Babylonian invasion, and getting the wrong answer. Strangely, they trusted that God would never let Jerusalem or its temple fall, but they consulted forbidden means to check it out. We must beware of mixing our true faith with reliance upon other forces, whether supernatural or natural. It was the Lord working through Daniel, not the Babylonian astrologers and soothsayers, who interpreted their king’s dreams and foretold his future.

In the New Testament, Simon (Magus) of Samaria was a sorcerer who bewitched the people into believing that he possessed great powers from God. But the people recognised the reality of the miracles and signs performed through Philip. There was a difference between carefully staged tricks carried out for money and the genuine miracles of healing performed out of compassion for the poor, sick and needy. Simon himself could see the difference, and he recognised that this really was the power of God in action. He accepted the gospel but had a lingering desire to maintain his status as leader and miracle worker.

Simon tried to buy the power to pass on spirit gifts. He was willing to make a generous contribution to the funds in exchange for the status of apostle within the new ecclesia. He could justify it to himself as logical that Samaria should have its own apostle so that there would be no need to trouble those at Jerusalem. He saw himself as the obvious candidate since he had been prominent in the occult before his conversion. Now he could be prominent within the ecclesia. And perhaps too there would be a living in it for him. So Simon thought he could buy a position, and he gave his name to the word ‘simony’, the practice of buying ecclesiastical preferment in later years. Salvation cannot be bought or even earned – it is God’s gracious gift.

One thing shines through all this – magic tricks are very different from the signs performed by the Lord Jesus and his apostles. There is a huge difference between the magical priesthood of the Egyptians, Canaanites, Chaldeans and Persians and the priesthood of the Lord Jesus who has entered the most holy place to intercede for his people. There are religious and secular miracle workers today who follow strange practices or dispense strange potions which seem to help, perhaps through no other power than that which our Creator built into our minds. They do not have the healing power of the Lord. We understand why God forbade His people to dabble in things they did not understand since they could so easily be deceived and seduced into worshipping false gods.

We are grateful that our Lord Jesus has the power which no other ‘miracle worker’ or magician can ever claim – the power to heal the soul through forgiveness of sins and to raise the dead to everlasting life. May he perform that miracle soon.