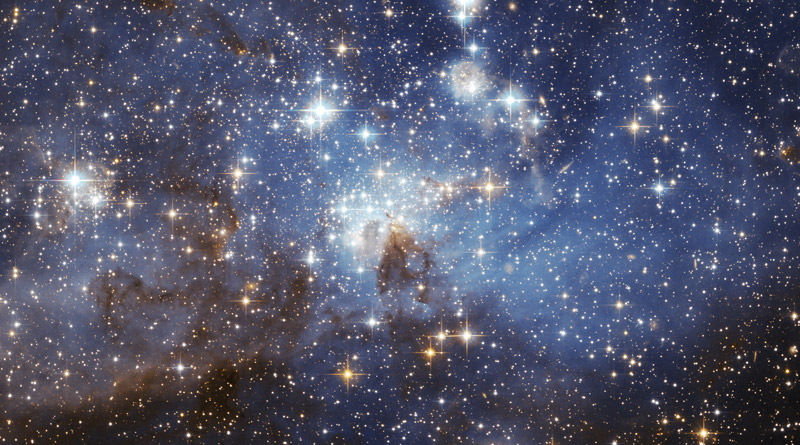 Articles
29th March 2016 BibleStudy 2 Comments astronomy, Job, science
Print This Page
Most biblical scholars agree that the book of Job is one of the oldest books in the Bible. It is thought to have been written 3,500 years ago.

The content is mostly a dialogue between Job and his three friends who came to comfort him after a succession of dreadful troubles overtook him and his family.

The friends quite wrongly concluded that his sufferings must be a punishment from God because of some great sin he had committed. One purpose of the book is to show that affliction may come to anyone, and that it is not necessarily a specific judgment from God. So, at the end of the book, God blesses Job and takes away his affliction, instructing him to pray for the forgiveness of his friends for treating him the way they did.

Apart from this key theme, there is a lot of general information in this amazing ancient book. In particular we find reference to several star constellations that were just as recognizable to Job as they are to us. In the following passage, God refers to several heavenly constellations when He was demonstrating to Job how little he really knew about Creation:

“Can you bind the cluster of the Pleiades, or loose the belt of Orion? Can you bring out Mazzaroth in its season? Or can you guide the Great Bear with its cubs? Do you know the ordinances of the heavens? Can you set their dominion over the earth?” (Job 38:31–33)

The Pleiades is a small constellation of stars shown in this picture. There are only five prominent stars, but a good telescope shows many more. To locate the group with the naked eye, one must follow along the line to the right of the three stars that form the belt of Orion and you will pass Taurus, and then see the unmistakable blue blur, which is the Pleiades.

Most people will have heard of the Orion constellation. It was seen by the ancients as a huge giant in the heavens and his belt was seen as a row of three bright stars, with the sword below. The star representing his head is the huge star Betelgeuse, which is 600 light years away, and is a reddish colour as seen to the left. It is about 400 times larger than our own Sun. In fact, if Betelgeuse was to be centered over it, its diameter would reach beyond the orbit of Mars. Since there are many stars very much bigger than Betelgeuse, our Sun, by comparison, seems tiny, and ourselves upon it, as microscopic.

What about Mazzaroth? It is far too large to be shown here, but it is an ancient Hebrew name for the Signs of the Zodiac, meaning a Circle of Animals, a surrounding belt of twelve constellations by which ancient mankind divided up the year into months, an arrangement that was known and used for thousands of years. This was just as God intended for at the creation of the heavenly bodies, God said:

“Let there be lights in the firmament of the heavens to divide the day from the night; and let them be for signs and seasons, and for days and years” (Genesis 1:14)

The reference to the Bear with its cubs is appropriate to the two constellations Ursa Major and Ursa Minor, otherwise known as the Great Bear and Little Bear, constellations which are only visible in the northern skies. Each is formed by seven stars. The one ending the tail of Ursa Minor, is actually the Pole Star, or Polaris, seen at the far right of the adjacent picture. It is so close to Earth’s axis, that from our own perspective, it barely moves its position all year round, all the other stars and constellations revolving around it.

From Job chapter 1, verse 3, we learn that Job was a man of renowned greatness, who would have studied these constellations. But he could not answer God’s questions about them, nor did he understand the ordinances of heaven, most likely meaning the Laws of the Universe, for the origin of which modern science has absolutely no explanation. But, Job was being forcefully reminded that these ordinances are the work of a super-intelligent Creator: God Almighty, the Lord of Heaven and Earth. He was the very One who was addressing His servant Job.

David, the sweet psalmist, began Psalm 19 with the words:

The heavens declare the glory of God; and the firmament shows His handiwork (Psalm 19:1)

View the starry heavens on a clear night, when there is no moon, and try and find a spot well away from city street lights, and yours will be a glorious and unforgettable sight. Both Job and David had not the slightest doubt that an all-wise God was their Creator.

Truly, the more one looks at this heavenly glory, and understands the immense distances involved in constellations and galaxies, the more one is driven to the same conviction as Job and David. All this magnificence, held together by universal laws, can only be the work of Almighty God; the loving and all-wise Creator who speaks to us in His Scriptures about Salvation.

2 thoughts on “Stars in the Book of Job”