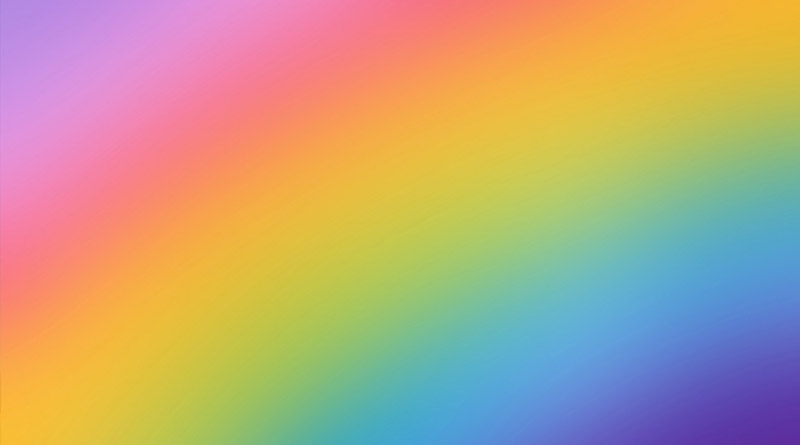 Bible Study Featured
28th March 201628th March 2016 BibleStudy 2 Comments rainbow
Print This Page
Every so often we see a rainbow in the sky, usually after a shower of rain. We cannot fail to be impressed by its beauty, particularly if the colours are distinct or if the bow is a complete arc. We know from the scriptures that it has spiritual significance, yet an appreciation of that significance may not be the first thought that comes into our minds. If we explore the scriptural significance of the rainbow it may help us to appreciate fundamental spiritual lessons when next we see a rainbow in the sky.

Before referring to the establishment of the rainbow as a sign, it is necessary to remind ourselves of the background to the cataclysmic events that brought it about. Genesis chapters 4 and 5 span a period of almost 2,000 years. In few words we are directed to examine carefully the reasons for the judgements that were executed through the flood. Genesis 4 is given over to the history of the children of Adam through Cain. It records the disobedience of Cain, the first murderer, and then in verses 16-24 it provides brief details of the next few generations.

Genesis 4 verses 16-22 provide details of the development of the abilities and achievements of men in building, music, livestock farming and metalworking. The complete silence as to the existence of God or anything spiritual indicates that these abilities and achievements were gained at the expense of worshipping God. They were all-consuming and God was pushed out of the lives of these men.

Genesis 4 verses 23 and 24 contain what is known as the ‘sword song of Lamech’. It shows the desire of a man for revenge. Jesus refers to it in Matthew 18:21,22 and contrasts the multiplication of revenge to the “seventy times seven” forgiveness that we should extend to those who sin against us. We therefore have the authority of Jesus in concluding that the absence of God in the lives of these men had led to a violent and vengeful state of mind which sharply contrasts with the character of God that is seen in the record of Eden and in the parable of the two debtors that was spoken by Jesus as recorded in Matthew 18:23-35.

In Luke 17:26,27 Jesus shows that society at the time before the flood was noticeable for not having time for anything to do with God:

“They did eat, they drank, they married wives, they were given in marriage, until the day that Noe entered into the ark, and the flood came, and destroyed them all.” (verse 27)

Evidently the trend that had been started by the sons of Cain in Genesis chapter 4 had resulted in all men, with the exception of Noah and his family, putting God to the back of their lives. This resulted in God’s destruction of all but eight of the population of the earth. It is a forcible lesson to us to ensure that the importance of God in our lives is not just a matter of words but is actively reflected in how we spend our time.

Although many since the days of Noah have been guilty of allowing their lives to be dominated by interests other than God, they have not suffered the same judgement. God in His mercy made a covenant in Genesis 9:10,11 that “neither shall all flesh be cut off any more by the waters of a flood”. It was to do with this covenant that the rainbow was established.

The shape of the rainbow

It is significant that in Genesis 9:16 the rainbow is set in the cloud so that God might remember His covenant. Its primary purpose was as a reminder to God, not man. The words, however, are written to us and are designed to reassure us that when we see a rainbow, God will not forget His words. The divine architect, in His mercy, has designed the rainbow carefully to provide us with a clear reminder of its significance.

To explore it’s meaning we need to reflect on its shape and its significance in Scripture. It is clear that it is in the shape of a bow, a weapon used for firing arrows. This weapon is used to describe the judgements of God. Psalm 7 has an example of its use in this way. God is described as a righteous judge who feels indignation every day:

“If a man does not repent, God will whet his sword; he has bent and strung his bow; he has prepared his deadly weapons, making his arrows fiery shafts.” (verses 12-13, Revised Standard Version)

Another example is contained in Habakkuk 3:

It is clear from its usage in this way that the shape of the rainbow is meant to remind us of God’s judgements. Any doubt in this is removed by God’s words in Genesis 9:13: “I do set my bow in the cloud”.

God and the rainbow

The rainbow appears in a series of passages of scripture in another context, which at first sight may seem surprising. An example, of this is in the vision that Ezekiel saw of heaven itself:

The key to answering this question is to think of the rainbow and what is missing. For a bow to be a weapon, it must have an arrow. Take away the arrow from a bow and it is transformed from a deadly weapon of war to a piece of wood with a string tied to its ends. It is incapable of executing the sentence of death in judgement. Imagine a king using a bow to execute a criminal, as he searches in his quiver for an arrow he realises that he has none. If there are no other weapons available to him, the prisoner’s life is spared.

The symbol of the rainbow, a bow without an arrow, is therefore a symbol of the mercy of God. A symbol that fits so well with the circumstances of its establishment in the heavens, a symbol that God would not destroy the whole earth, even if most of its inhabitants had no time for Him.

Ezekiel 1:28 adds these words to those already quoted: “This was the appearance of the likeness of the glory of the Lord”. Exodus 34:6,7 shows us that God’s glory was not merely a brightness around Him but was His character. How fitting then that the rainbow should be an integral part in manifesting that character to all those who were blessed with a vision of God manifested in heaven.

Its lesson for us

Next time we see a rainbow in the sky, after we have appreciated its beauty, let us meditate on its lessons for us. We have been blessed with a knowledge of God’s character of love. He will not destroy all men on the earth, even though none can claim to always give the great creator and sustainer of heaven and earth the priority that He deserves. May it remind us of the judgement that we deserve and God’s merciful character of love, for He has taken away the sentence of death. May this reminder of His love encourage us to set our service to God as the first priority in our lives. 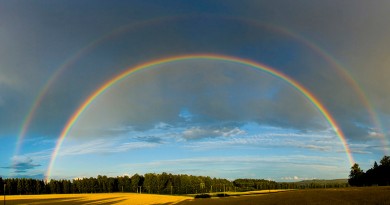 The Significance of the Rainbow – Part II

2 thoughts on “The Significance of the Rainbow – Part I”