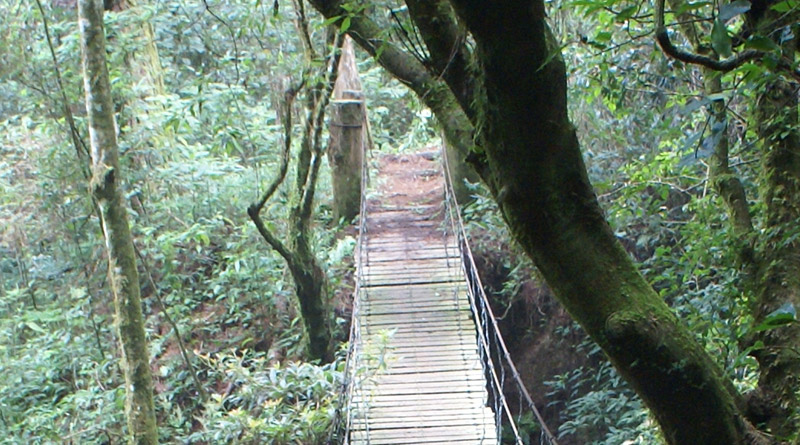 Articles
29th March 2016 BibleStudy 0 Comment journey, path, truth
Print This Page
Jesus was once asked how many people will be saved: would it be many or few? His answer challenges many of the assumptions held today by people who are hoping for the best.

It is a widely held view that if there is a God in heaven – and a lot of people haven’t made up their minds about that – it is to be hoped that He is a benevolent being who will be kind to all those who try to live a decent life. I expect you have heard the argument that “I have never done anybody any harm”, where the inference is that such behaviour should be good enough for God, in the hope that He is not too demanding.

So what did Jesus say? Here’s the question and the Lord’s reply:

(Jesus) went through the cities and villages, teaching, and journeying toward Jerusalem. Then one said to him, “Lord, are there few who are saved?” And he said to them, “Strive to enter through the narrow gate, for many, I say to you, will seek to enter and will not be able” (Luke 13:22–24).

If you were hoping for a reply that indicated that salvation was freely available for all, regardless of their interest in the things of God, that answer would have come as a disappointment. And there was worse to come if you were in that frame of mind.

As part of his long discourse, which is sometimes called the Sermon on the Mount, Jesus urged his followers to make an effort to find the right path through life. He explained that things were not always easy and that it needed effort to follow him. Here are his actual words:

These were startling opposites that Jesus used:

• the gate was either narrow or wide;
• the path was either broad or difficult;
• the end result was either life or destruction.

The choice could not have been more challenging, but that is what the Lord intended. For he often spoke of the discipline and determination that is needed for those who want to obtain eternal life and he demonstrated that by the way he lived and died.

People who climb know that it can sometimes be an uphill struggle. Some of the tracks can be very narrow, steep and slippery. So why do people do it, when they could take an easier path or just not bother? They climb for what they get out of it, of course. There is the opportunity to be close to nature; to get exercise; and to enjoy the companionship of like-minded people. Then there are the views which are often more spectacular the higher up the mountain you climb. In short, people have many different reasons for choosing the narrow path up a mountainside and will put in a lot of effort to make that pursuit possible. They do it because they enjoy it and that is reason enough.

But what if it was a matter of life or death? What if there was a place at the top of a mountain where you could get a potion that would allow you to live forever, but you had to climb the mountain yourself in order to get it? Do you think there would be a queue up that mountain, or would people decide it wasn’t worth the effort, and just not bother? And what would your attitude be, when you found out about the offer of eternal life?

The Bible is consistent in explaining that God has made the offer of eternal life but there is only one way it can be obtained – and that doesn’t involve climbing a mountain! Long ago He asked Abraham to follow Him into the unknown by promising him a blessing. During Abraham’s faithful life, God added promise after promise, including that through Abraham, and his special descendant, a blessing would come to all nations.

As Abraham’s descendants – the Jewish nation – began to enjoy some of those blessings, more and more promises were made and God’s plan of salvation became ever clearer. At last the special descendant was born, of Abraham’s line but of divine origin. Jesus was the Son of God, born of the virgin Mary by the power of God. It was through Jesus that salvation would come to all nations and it was only through him that men and women could be saved.

Told by the Jewish religious leaders that they were not allowed to speak about Jesus in Jerusalem, the apostle Peter made this impassioned statement which demonstrates their understanding about the special role of Jesus:

“Nor is there salvation in any other, for there is no other name under heaven given among men by which we must be saved” (Acts 4:12).

He was certain of this because he had been taught it by the Lord himself. Once asked to show his disciples what God was like, Jesus explained that his life was a demonstration of godliness. Then he added:

Elsewhere Jesus described himself as the door through which people could enter into God’s family. He is the door that leads to the narrow way, and only a few people trouble to find the way that leads to everlasting life. There is so much else to do in life and it seems that there are many easier options. Believers’ baptism into the saving name of Jesus is the one and only way that leads to the Kingdom of God. What an opportunity! What an invitation! 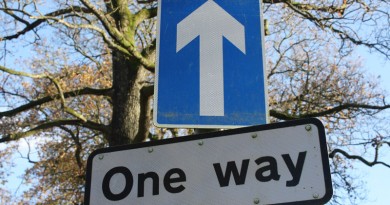 Keeping to the Path