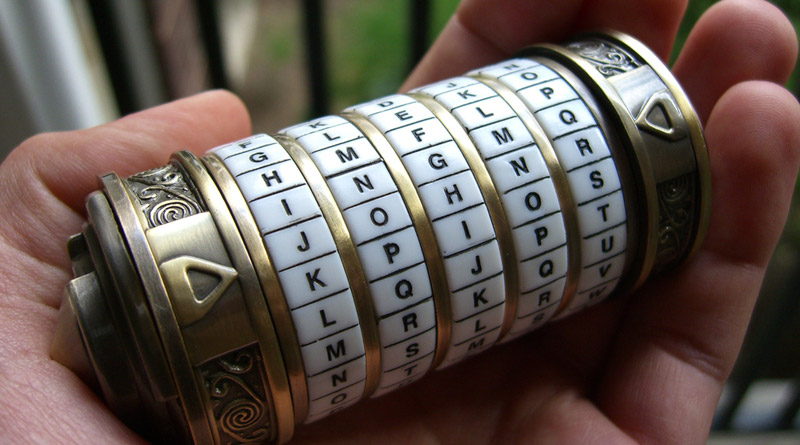 “Faction” is a word that used to refer to those who held a very different point of view from others and who formed themselves into a group to promote their views. But nowadays it is taking on a new meaning – it can refer to a blend of fact and fiction, to become “fact-tion”!

When the writing is a novel accepted as fiction, no deception is intended; it may be merely a way of adding romance or credibility to the story. But when a novel attacks the origins of Christianity and seeks to undermine the gospel accounts, it cannot be treated lightly and the record needs to be set straight. For the Bible makes it clear that what God revealed in His Word is both clear and complete, and nothing should be added to it. Here are the words of Jesus:

Dan Brown’s novel “The Da Vinci Code”, which has now been made into a film, suggests that its story is based upon a set of facts, listed at the start of the novel. They include information about “The Priory of Sion”, said to have been founded in 1099 (but actually established in the 1950s in France!), which is said to have numbered people like Leonardo da Vinci and Sir Isaac Newton among its members. But they were long gone before it even came into existence. And it includes the sweeping statement that “All descriptions of artwork, architecture, documents and secret rituals in this novel are accurate”, something that turns out to be very far from accurate!

For among the documents referred to in the novel are extracts from the socalled gospels of Philip and Mary, both of which are much later than the New Testament and probably date from the early 3rd century AD. Yet the author alleges that these Gnostic writings – so called because the writers believed that they alone had a true understanding – give a more accurate portrayal of the life of Jesus than that given in the gospels that were written shortly after the events they describe.

In particular he alleges a secret romance between Jesus and Mary Magdalene, resulting in a continuing family line related to Jesus, which happening he says the Church has been trying hard to keep secret.

To the non-Christian this may make a good story, even if it is said to make a fairly boring film, with a lot of tedious detail. But to the believer this represents a severe distortion of Biblical truth, For the historical Jesus is a fact of history. He was described by Mr H G Wells, himself an unbeliever, as “the dominant figure in history” and his life divided history into B.C. (Before Christ) and A.D. (After Christ), both initials being derived from Latin.

Whilst secular history – both Jewish and Roman – confirms his crucifixion, it is only the historical gospels that explain the marvellous things that happened next. He was miraculously raised from the dead, an event which transformed the situation. The frightened disciples became changed men because of this great event, men who were ready to defy their rulers and keep teaching even when they were told to stay silent. They could not but speak the things that they had learned: it was such good news for humanity. Despite punishment and even death they continued to preach the message which turned the world upside down (Acts 17:6), because it was a message of hope and deliverance from both sin and death.

The empty tomb of the Lord Jesus Christ offers the very thing that human philosophy lacks – a message of hope beyond the grave: God’s offer of everlasting life. This is why it really matters that we should not be confused or even distracted by novels which paint a fanciful and fictional portrayal of what Jesus was like, and of what he said and did.

Those Gnostics, who developed their own wrong ideas in the second and third centuries A.D., did so because they wanted to lure people into their sects and societies, where they could gain influence over them. From the outset, these wrong ideas were challenged and shown to be wrong because they wrongly represented the work and teaching of Jesus.

This was no secret that the Church tried to suppress; it was false teaching that the Church needed to correct and refute, because it would lead people astray. It is truth that saves, and wrong teaching can lead people seriously astray. Conspiracy stories and cover-up theories might sell books, but they do nothing more than arouse our curiosity and leave us with theories instead of proven facts.

The Jesus of the four gospels was a man apart who, in life and teaching, revealed a better way of life – a godly way, which can make us right with God. To diminish him, as Dan Brown does, is to challenge the whole purpose of that exceptional life and his redeeming death. But why is it that many people prefer to read such things rather than read the gospels themselves? Why would they prefer fiction to saving fact?

The answer to that question exposes the sickness of our 21st century society. To accept Jesus and his message we need to face up to the challenge that he posed. Among many other things he said:

“Whatever you want men to do to you, do also to them, for this is the Law and the Prophets”(Matthew 7:12)

Jesus challenges us to change our lives and to model them on the way he lived. In modern terms, he asks us to face up to our responsibilities to our Maker, not to fritter our lives away in the vain quest to please ourselves and safeguard our own rights. He asks us to face the very facts of our human existence and then to reach out to God for forgiveness and salvation.

The man apart offers us a life apart, and invites us to become related to him, by faith and baptism. We can become sons and daughters of God but that is not because Jesus had a child when he lived on earth – he certainly did not! Jesus wants us to live as he lived and to share the great hope of salvation he brought, so that we can become his brothers and sisters, both now and in the age to come.