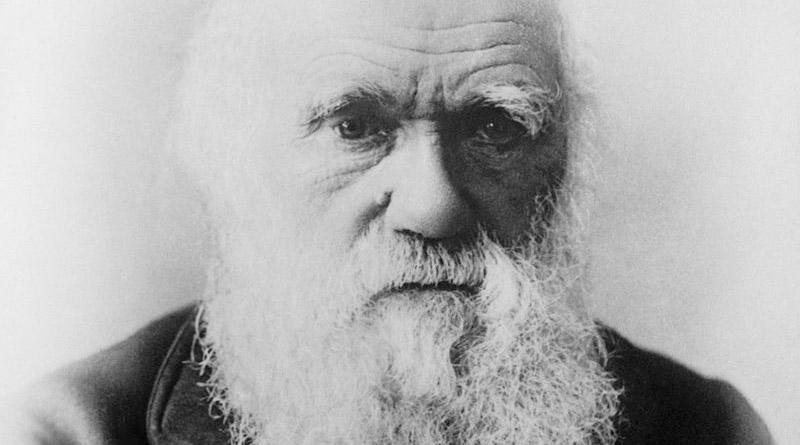 Articles
29th March 2016 BibleStudy 0 Comment darwin, evolution
Print This Page
This year has witnessed the 200th anniversary of the birth of Charles Darwin and the 150th anniversary of the publication of his book “On the Origin of Species”, with a sub-title “The preservation of favoured races in the struggle for life”.

In 1871 Darwin published “The Descent of Man” in which he proposed human evolution and the unity of all races of human kind. Darwin was the grandson of Josiah Wedgwood who, with his family, fought for the abolition of the slave trade. Darwin’s letters to his grandparents were discovered recently during exploration of the Wedgwood archives.1

These showed the depth of Darwin’s feelings on the evil of the slave trade which led him to write “The Descent of Man”.

Darwin was also much influenced by the writings of Thomas Malthus on the problems of increasing population in a world of finite resources. Malthus predicted that this would lead to wars and famine. Accordingly, Darwin’s views on “the survival of the fittest” allowed him to approve of colonial genocide, such as the deliberate wiping out of the aboriginal inhabitants of Tasmania by European settlers. A recent television programme on “Darwin’s dangerous idea” noted that his views were taken up in Nazi Germany. Gypsies, criminals, the mentally deficient and six million Jews were exterminated. About 250,000 people with hereditary disease were sent to the gas chambers, while others were compulsorily sterilised.

The Bible teaches that life was created by God. It is noteworthy that the six fundamental physical constants have exactly the values required to ensure that the universe has a planet capable of sustaining life. If the value of just one of these fundamental constants, such as the speed of light, had been just slightly different then no planet suitable for life would have been formed.

The simplest interpretation of this strong anthropic principle is that the universe was designed by a Creator who intended that it should be populated by intelligent life. The physicist Paul Davies writes “The impression of design in the universe is overwhelming”.2

Charles Darwin was very concerned over the absence in the fossil record of life forms intermediate between species. Evolution is supposed to have occurred over countless millions of years, with species gradually changing into more complex forms of life. In how many cases has clear, watertight, incontrovertible evidence been found for the existence of fossils corresponding to intermediate species?

The complete lack of such evidence led Eldredge and Gould3 to abandon Darwinism and to suggest the theory of “Punctuated equilibrium”. They proposed that most species underwent little change over long time periods, but when this did happen it occurred very rapidly in a limited number of places. This, they argued, explains why fossil evidence for intermediate species will be hard to find.

But what is the evolutionary driving force of incipient changes in species? Such changes can be of no value, for only when the changes are complete will the organism be better fitted for survival. For example, an eye will only be of value when it is fully formed and linked to a brain that has been modified to accept signals from light sensitive tissue. Gould pointed out that this is a primary problem for evolution because incipient structures are useless, unless natural selection could look ahead.

Believers in Creation argue that the amazing complexity of life provides evidence for the work of a great designer.4,5 Today we are more aware of this as a consequence of our much greater knowledge of biological science. For example, the swimming of bacteria is due to flagellar motors that rotate at 100,000 rpm. The flagellar motor is made up of 30 protein components that carry out functions equivalent to the components of modern engine design, although mechanical engines cannot begin to match the efficiency of the bacterial motors. But what could be the evolutionary driving force for the formation of these proteins? Individually they confer no advantage to be preserved by “natural selection”. They have no value until the motor is fully complete, with all 30 components present. So this motor could not be formed by evolution. It has to be made by the action of an intelligent being, the original designer.

Similarly a living cell could not form by accident. Consider the processes needed for a typical cell to function, involving the making and controlled activity of enzymes and other proteins, carbohydrates and nucleic acids: the synthesis of cell walls, with intricate multiple mechanisms for controlling the uptake and efflux of nutrients and metal ions. This is the work of a Creator.

These arguments for an intelligent designer are demonstrated powerfully in the properties of DNA, the molecules in our cells that carry our personal genetic code. Richard Dawkins wrote that the machine code of the genes is uncannily computerlike, and, later, “Genes are digitally coded text”. So, we have to ask who designed and programmed DNA? Francis Crick (who, with Watson, established the double helical structure of DNA) described DNA as a miracle that could not have been formed by accident. He proposed that DNA was made by a supreme intelligence in some other galaxy and, somehow, it arrived on planet earth.

After a lifetime of atheism, the philosopher Anthony Flew now believes that the evidence leads conclusively to the fact that there is a God. He asked himself this question: “How did the first reproducing creature ever get its DNA?” He wrote subsequently that the rationality of the universe convinced him that there is a God, who wrote the laws of nature.6

So there are good reasons for believing in a God who created life. This means that there is purpose in life and, consequently, important questions for us all to ask.