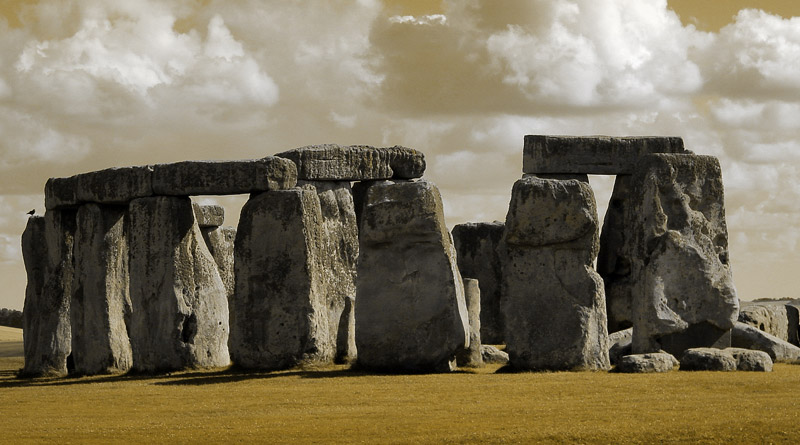 Articles
3rd May 20163rd May 2016 BibleStudy 1 Comment Bible study, history
Print This Page
A useful way to understand Bible accounts is to place them in the context of historical periods. Historians tend to divide human development into three main ‘Ages’: the Stone Age, the Bronze Age and the Iron Age.

If we compare historical books and commentaries, we soon see that these Ages occurred at different dates around the world as nations developed at varying rates in the areas where they lived.

An expert in archaeology (Leen Ritmeyer, Archaeological Architect) has given us the following dates which refer to the lands of the Bible in the Middle East:

We notice that some dates overlap each other. This is because no ‘Age’ had a clear–cut beginning or end. A modern day illustration of this can be seen in how many people today would use the internet for reference and research, whereas others still refer to books. In some countries, younger people are likely to measure in metres and centimetres, or grams, but the older generation often still prefer feet, inches and ounces. The modern world is changing, but there is no actual cut– off point for certain methods or systems.

We will now concentrate on the dates which concern Israel and the Middle Eastern lands where the Bible narratives took place. We can relate them well to these periods in history.

The Stone Age lasted until about 3,000 BC. In biblical history these dates relate to the time of Adam and Eve right through to the birth of Noah. The main events under the Stone Age can therefore be listed as:

• Adam and Eve, Garden of Eden
• Their sons Cain and Abel: Cain killed his brother, the first murder
• Seth, their third son, who Eve said replaced the deceased Abel
• Enoch, whose writings are quoted later in the Bible
• Methuselah – the oldest man who ever lived (969 years old!)

We should not make the mistake of thinking that these people were primitive cave–dwellers. They wrote, kept flocks, built cities and made technical progress. Genesis 4:22 says that a man called Tubal–Cain worked in bronze and iron, which illustrates that there were some people who were ahead of their time. The very fact that this is recorded proves that these periods did not suddenly stop, and another one begin. The change came gradually over time.

The accepted dates for this Age are 3,300 BC to 1,200 BC. This equates to the time of Noah right through to Samuel, the last of Israel’s judges.

The Bible account tells us that after the Flood, people again turned away from God. So the Lord chose Abraham and made a covenant with him. The rest of the Bible deals with Abraham’s descendants, known as Israel or the Jews. ‘Testament’ is the same as ‘covenant’: the Old Testament relates to God’s promises to Abraham, and then the New Testament shows their fulfilment through Jesus.

The main Bible events under the Bronze Age are:

• Noah’s ark and the Flood
• Tower of Babel – the rebellion against God soon after the Flood
• Abraham and his son Isaac
• Isaac’s son Jacob – whose name was changed to Israel
• Joseph – sold as a slave into Egypt, but rose to be governor
• Israel as slaves in Egypt
• Moses – the deliverer who led Israel out of Egypt (the Exodus)
• Joshua – succeeded Moses and led Israel into the Promised Land
• Capture of the Promised Land – promised by God to Abraham
• The judges (leaders) until Samuel

Some interesting exceptions again show the gradual transition from this ‘age’ to the next. Og, an enemy king, had an iron bedstead (Deuteronomy 3:11). This was before the Iron Age, but the very mention of it shows that advances were being made, and that it was exceptional in its time.

Similarly, while Joshua was helping the people of Israel to occupy the Promised Land, the following complaint was made:

All the Canaanites who dwell in the land of the valley have chariots of iron (Joshua 17:16).

This was obviously to pose a huge problem to those who did not possess Iron Age vehicles.

The last of these three Ages lasted from about 1,200 BC to 586 BC. This time period takes us from the start of the kings of Israel through to their last king, and the subsequent captivity in Babylon. It includes much of Israel’s history and a large proportion of their writings, the Kings and Chronicles, Psalms and Prophets. It should be understood that the Psalms and prophetic books fit in alongside the history of their kings, so that the two sections run in parallel. The principal Bible events under the Iron Age cover:

• Samuel – the last judge
• Saul – Israel’s first king
• David – the godly king who wrote many of the Psalms
• Solomon – the king who had huge wealth and wisdom
• Rehoboam and Jeroboam – in whose reigns the kingdom divided into North and South – and the subsequent kings
• Prophets – the teachers who tried to turn the nation back to God
• Capture of the Northern kingdom in 722 BC
• Capture of the Southern kingdom in 586 BC – they would return 70 years later and their descendants were the Jews living in Israel when Jesus was born.

All of this helps us to see that the Bible is a reliable document which corresponds well to the historical periods in which it is set. More importantly, it should give us confidence that it will continue to be accurate and to look forward to the ‘Age’ still to come – the Age of the Kingdom of God. 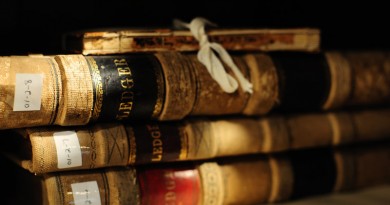 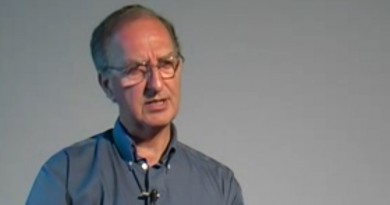 One thought on “Bible History – The “Ages””